How do I get from Dublin Airport to Dublin City Centre? 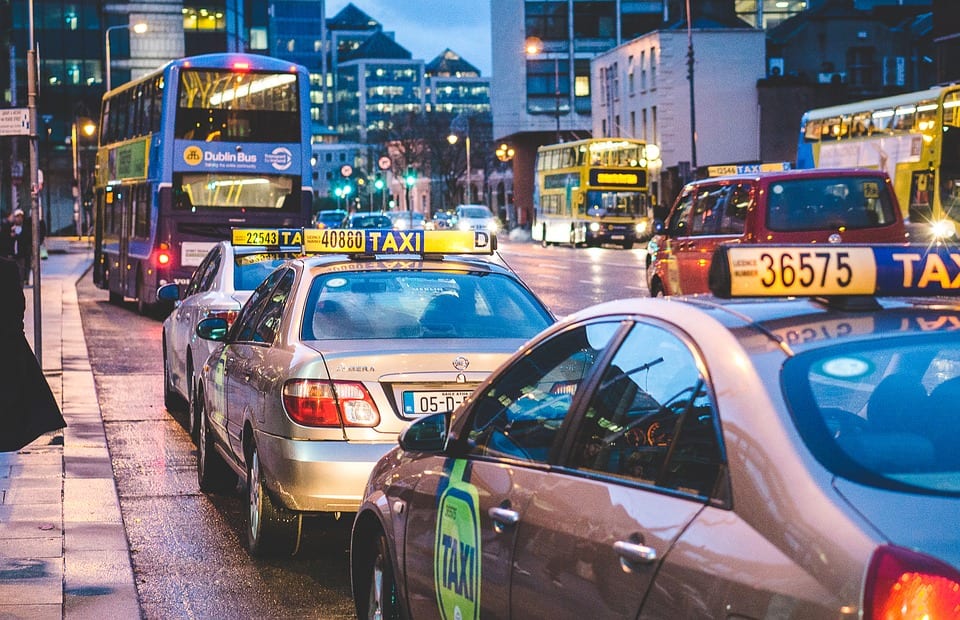 Unlike many other main European cities, Dublin is extremely easy to access from the airport within a matter of minutes whether that be by public transport or a private taxi.

How Far is the Airport From Dublin City Centre?

Dublin International Airport is approximately 12 kilometres (6 miles) North of Dublin city centre, close to both residential and industrial areas of the county of Dublin.

Getting from Dublin Airport to the city centre and beyond is always relatively easy whether that be at day or night. If you are coming to one of the Dublin hotels within the O’Callaghan Collection then you will probably already know that the hotels are in Dublin City Centre so really easy to access from the airport itself.

The best ways to get from Dublin airport to the city centre are:

Airlink is an express coach service operated by Dublin Bus, which also runs the city’s public bus service. This service departs from the exit at Terminal 1 at the airport and then goes to Dublin’s main bus station Busaras, then to O’Connell Street in the city centre and finally to Heuston, one of Dublin’s main train stations. The total journey time is about 40 minutes, depending on traffic. This service departs every 20 minutes on average and runs from 5 am to 11.30pm. See the official Airlink timetable.

What Does Airlink Cost? 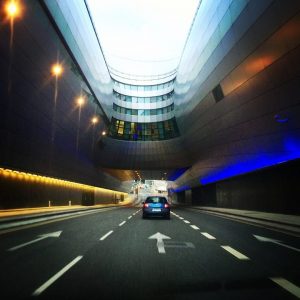 Aircoach is a 24-hour, privately operated, coach service that takes passengers from the airport to the city centre, and other parts of South Dublin. The Aircoach that goes through Dublin city centre is number 700 however if you visit the official site you will see the full list of routes as well as the timetable. The Aircoach stops just outside the exit to Terminal 1 and also departs from just outside the main door of Terminal 2 Departures level.

The adult fare from the airport to Dublin city centre (O’Connell Street) with the Aircoach is €7. A return ticket is €12. A child one-way is €2. A child return is €4 – a local’s tip would be to book your ticket online in advance to avail of slightly cheaper tickets online in advance, on the official site.

The taxi rank at Dublin Airport is located just outside Terminal 1 on the right-hand side as you exit at the Arrivals level. The rank is busy at peak flight times, however, there is an organised queuing system with attendants on hand to assist.

The taxi fare will be around €25 to €30, depending on time/distance. Extras depend mainly on whether you booked the journey, whether it is peak time, the number of passengers and the amount of luggage which you have with you. The taxi will be metered and you can always ask before you get in for a rough idea of price. There is a taxi rank located very close by to all of the O’Callaghan Hotels in Dublin City Centre and because of this all of the hotels are very well known so as soon as you say the name of the hotel to the taxi driver they will know where to take you exactly.

Many Ways To Travel

There are of course lots of other ways to get into the city such as the public Dublin Bus service. This is the cheapest option however due to a large number of stops on the line it can often take a very long time to get into the city so we would recommend all visitors to Dublin opt for the Airlink, Aircoach or a taxi.

Dublin city centre hotels and especially the O’Callaghan Collection are easy to access from any point within the city and have bus stops close by. On average it will take you between 20 and 40 minutes to get to any of our hotels from the airport and don’t forget that if you arrive early in the morning, you can always drop off your luggage at the hotel while you go out to explore the city itself.