Dublin has a long history of paranormal activity; many haunted places can be found… If you’re planning a trip to Dublin you might want to stop reading this blog, but if you’re in for some thrilling stories, go turn off your lights, hide under the blankets, and be prepared to get back in history.

The Malahide Castle was owned by the Talbot family from the 12th century right up until 1973. Since then it has been haunted by no less than five ghosts. Death laid its hands on the Talbot family on the evening of the Battle of the Boyne. It is said that on the morning before the battle 14 members of the family were having breakfast together, later that day only one of them was still alive. Make sure you read the interesting stories about the ghosts before your visit, find out why their soul can’t leave the castle. There are plenty of ways of getting to the castle since it’s only 13 Kilometres from Dublin’s city centre.

🎫😍COMPETITION: BRING THE OUTSIDE IN 😁🧚‍♀️ 🏦Let’s build Malahide Castle 🏦 Can you build Malahide Castle using household objects? Use anything you can find, including cereal boxes, toilet roll inserts, paper and anything else you can think of and get building! Use the photo below as a guide. The most creative wins a family pass to the fairy garden. Post your final pics below in the comments and use the hastag #bringtheoutsidein Winner announced next Monday, March 23rd. Happy building!😍😍 #bringtheoutsidein #wereinthistogether

Dublin’s most famous haunted pub is The Brazen Head. It’s still often visited by one of its customers, Robert Emmet. Robert Emmet used the pub to plan his rebellion in 1803. Eventually, he was hanged in that same year, only metres away from his beloved pub. Since this date he has often been spotted in the corner of the pub, keeping an eye out for his executioner, who also used to visit The Brazen Head.

Kavanagh’s is a pub from 1833 and is named after the former landlord John Kavanagh, father of 25 children. Nowadays the pub is better known as “The Gravediggers” due to its location next to the cemetery and the custom to order a pint by throwing a shovel of earth from the cemetery against the pub’s wall. The ghost that is said to be haunting the pub is an elderly man in old-fashioned tweeds, who sits at the bar enjoying a pint until he disappears without a trace.

The Hellfire Club were a group of the young wealthy men of Dublin, that came together to drink, gamble, hire prostitutes, torture animals and even do a bit of Satan worshipping. There are countless stories about what more went on at the Hellfire Club, but all we know for sure is that they’re cruel. Hidden in Dublin’s mountains, the ruins of The Hellfire Club are located, which nowadays can be visited by taking a guided tour.

If you’re scared of ghosts, we would advise you not to stay in the Shelbourne, especially not on the sixth floor. Management at the five-star hotel in Dublin city centre has admitted that several terrified guests have run out of one of the rooms screaming in panic. One of them is the famous actress Lily Collins. It is said that the ghost is a seven-year-old girl named Mary Masters, who died in 1791 in the hotel due to Cholera.

We hope that after reading this blog, you still are interested in visiting Dublin. Luckily, The Alex isn’t haunted, you can sleep here all peacefully without having to be scared to be woken-up from your dreams by a strange visitor.

For more interesting things to do in Dublin, see our hub of attractions and guides. 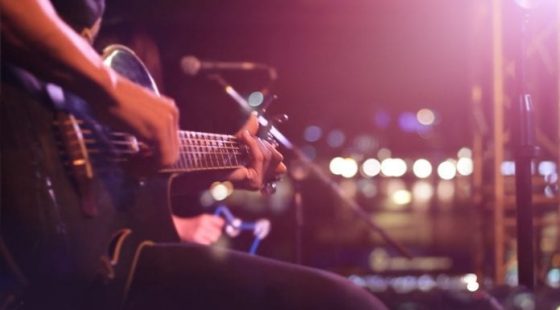 BEST PLACES TO SEE LIVE MUSIC NEAR THE DAVENPORT HOTEL